(due to a widespread power outage, this sermon upload was delayed) 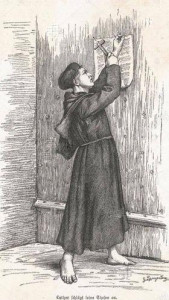 ” … For freedom Christ has set us free. Stand firm, therefore, and do not submit again to a yoke of slavery.”  Galatians 5:1

So, what is this about? Why is Paul writing to the good folks in Galatia?

There’s a problem. The men of Galatia are thinking it might be a good idea to get circumcised. There not sure Jesus is enough. After all, Jesus was Jewish. Don’t you first have to become a Jew and then a Christian? And why not cover your bets?

For Paul, the stakes are high. In his mind you would only get circumcised if you were willing to go all the way – observe the law embedded in Judaism. But it is exactly the Law that Christ freed Paul from.

Remember? Paul himself admits that when he was really Saul he was a Pharisee among Pharisees. He strictly obeyed the law. He even persecuted the followers of Jesus. But none of it was enough. The distance between God and Saul could not be bridged by a rigid adherence to the Law because no one could meet its righteous standards.

Here is another example of God’s new freedom in Christ. Remember what happens on the roof at Joppa? Peter goes up to pray and while on the roof he has a vision. A shroud from heaven containing everything that had been declared by God to be unclean descends to the roof top. Then a voice tells Peter to eat. “I aint goin’ to eat that stuff.” “Eat,” says the voice. “No way,” says Peter. And then it happens. The heavenly voice tells Peter that if God has declared these things to be clean, by God, there clean. Now eat up. In the twinkle of an eye, the Law is turned upside down. Let that be a warning to all those who want to freeze the Christian faith in first century Palestine. God made things that were declared vile to be clean and God does it time and time again.

And then there’s Luther. He was just posting a public announcement. That’s all. Nailing the 95 theses to the door at Wittenberg was not a violent act of vandalism. It’s what you did if you had a public announcement to make. But Luther set the world of his time on fire. He directly challenged the authority of the Pope to grant absolution from purgatory by folks buying indulgences. And with that went the hegemony of the Roman Catholic Church. And here we are: Congregationalists, Baptists, Episcopalians, Presbyterians, Methodist, and a long list of other denominations. After Luther, the world was never the same.

So, is that where this story ends? Are we left with no common ground? Are things simply adrift? I don’t think so. Let me suggest some Principles that both legitimize the Protestant movement and help it find common ground. Here’s a quick list: Soul Competency, Soul Liberty, Free Churches in a Free State. Let me put some flesh on these bones.

What does Soul Competency mean? Simply stated that your soul is competent to stand before the judgment seat of God. Now watch out. If you give me this one, all the rest will follow. So pay attention.

Soul Competency simply means that we are going to judged in relationship to our conscience. Did you follow your conscience? Did you, to the best of your ability, allow God to speak to your heart and then follow it wherever it might lead? Don’t tell God you did what your Pastor said was right. Don’t tell God that you followed the customs of your day or that you obeyed the law or did what your church said was right. The issue is not whether any of these external guides got it right. The issue is did you follow your conscience.

Remember, it was legal to tell Black folks to sit at the back of the bus, but it was never right. It was morally acceptable for the church to exclude sexual minorities from its fellowship, but it was a denial of God’s grace. So don’t think we can fall back on what others thought was right. Did you follow your conscience.

This means that Bible study and being a part of a Christian fellowship are essential in discerning God’s will. You can’t decide what God’s will is for your life if you don’t have a relationship with God. And the church acts as a balance to me going off half cocked. I am to listen to the wider fellowship and seek God’s wisdom in what the church says. But in the end, the question will not be, “Did you do what others thought was right?” but “Did you follow your conscience?” I believe the soul is competent.

If that is the case, then Soul Liberty follows. I have to be free to come to Jesus and to Jesus alone. I don’t come to belief in various doctrines. I come to believe in the way of Jesus and if I am coerced into belief, it is no belief at all. If someone put a gun to my head and told me they’d pull the trigger if I didn’t believe the Moon was made of cheese. The next thing our of my mouth would be, “Cheddar or Swiss?” Do I truly believe the Moon in made of cheese? Who cares. In that situation I can deny my confession at a later date. In the same way I cannot be coerced into faith and have it claimed that my faith is real. This means that the church must never align itself with the state because once church and state are inseparable, the sword of coercion is in the hands of the church.

Which brings us to our last principle of Protestantism – namely, a free church in a free state. Can you tell me what the first amendment to the United States Constitution is? Most folk remember the first part – freedom of speech. But the second part often gets overlooked by a person on the street – the prohibition of the Government in establishing a state religion. I don’t pretend to know much about England’s history. I do know that for a time, if the monarch was a Protestant, Catholics were persecuted and killed. When the monarch was a Catholic it was the Protestants’ time to suffer. It is a prerequisite for freedom to divide the Church from the State or you have not freely chosen faith.

Now there are some who say that our government is against religion. By this they almost always mean that the government is anti Christian. These folks want religion to guide the state. But note, it’s always their brand of religion. Or they point to the governments bias against prayer. They say you can’t pray in public school, but as James Dunn reminds us, “As long as there a math tests in public school, there be prayer in public schools!” And do you really want the government mucking around in affairs of religion? What prayer would be offered? A Christian prayer one day and a Muslim prayer the next? No thank you. I don’t want the state telling my child what he or she must offer up to God. I’ll take care of the religious upbringing of my child. You keep your hands off. So a free state.

But the church must also be free. The church has the right to proclaim itself open and affirming to sexual minorities, the right to decide how its worship is to be conducted, the right to determine standards for membership. While not all Protestant churches are as free as those within the Congregational tradition, unless an individual church is free to follow its collective conscience, then its members are not free. A free church in a free state.

So I affirm these three principles: soul competency, soul liberty and a free church within a free state. In my thinking, only when these principles are observed is the believer free to come to Jesus and to Jesus alone.

Luther probably didn’t know what he was starting. Truth be told, I’m not altogether sure he would approve of today’s religious scene. But as Luther is purported to have said long ago, “Here I stand. I can do no other.” It is my prayer that you will stand with me. Let us pray…

Galatians 5:1-6 1) For freedom Christ has set us free. Stand firm, therefore, and do not submit again to a yoke of slavery. 2) Listen! I, Paul, am telling you that if you let yourselves be circumcised, Christ will be of no benefit to you. 3) Once again I testify to every man who lets himself be circumcised that he is obliged to obey the entire law. 4) You who want to be justified by the law have cut yourselves off from Christ; you have fallen away from grace. 5) For through the Spirit, by faith, we eagerly wait for the hope of righteousness. 6) For in Christ Jesus neither circumcision nor uncircumcision counts for anything; the only thing that counts is faith working through love.