The tradition of handing out and waving palm fronds is relatively new for mainstream Protestant churches. It grew in popularity after Word War II when access to palm trees expanded. In our church, the fronds are ordered well in advance and usually originate from points south of the border. 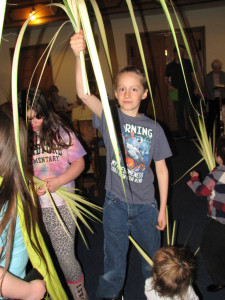 The past 20-25 years any remaining fronds have been gathered up and put into a tall vase and placed on the altar platform during the annual Choir Festival.

Several times in the past 75 years different ministers or youth group leaders in our church have collected those left-over fronds after the festival to burn ceremoniously and bring back the next Ash Wednesday. Some older parishioners may remember collecting the left-overs to give to their Roman Catholic friends, who in turn handed them to their priest to burn.

A favorite craft with the fronds has been the weaving of palm crosses which people take home to place on their front doors, or use as a Bible bookmark, or to give away. For a good lesson on making one click here.

Here are just some views of Palm Sunday around the world. 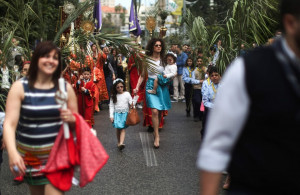 Greek Orthodox Christians march during a procession in the capital…in the Middle East and Mediterranean countries Palm Sunday processions are the most popular tradition. 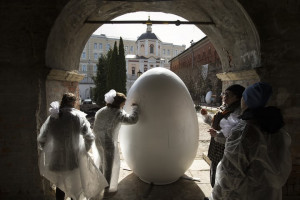 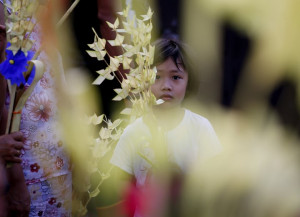 A girl holds palm fronds for blessing … notice the intricately folded palm “flowers” on each stalk. They can be purchased from palm merchants already complete or crafted at home. 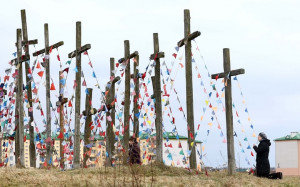 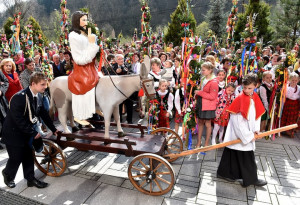 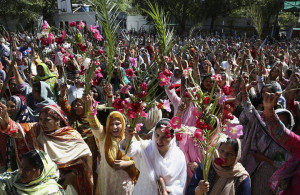 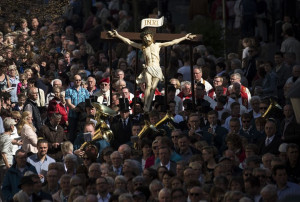 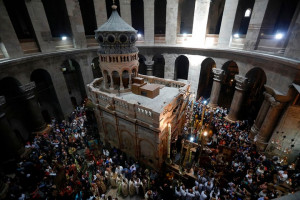 Orthodox communities attend the Palm Sunday procession at the Church of the Holy Sepulchre in the old city Jerusalem, Israel 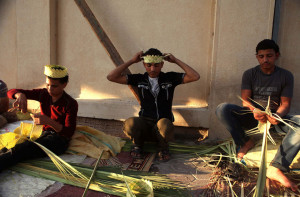 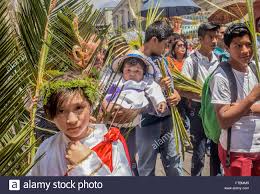 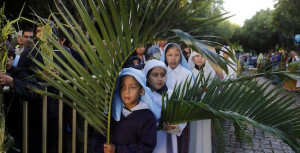 Children waiting to process into the cathedral 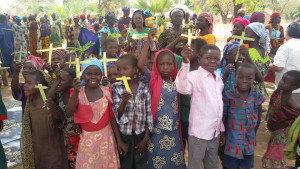 Children showing off their palm crosses 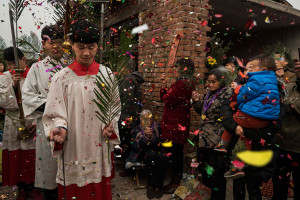